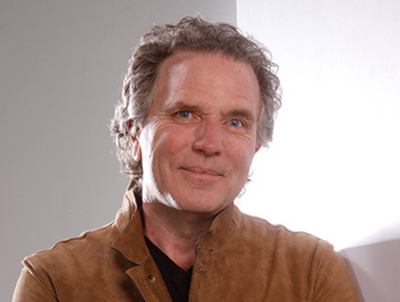 With eerie clouds of authoritarian control and censorship growing darker by the day, many fed up people are on their way to exiting the social media maelstrom in an effort to escape from Big Brother’s Big Tech trap. Whether you stay or go, here are some fundamental facts to serve as a daily reminder and an honest assessment of the situation. Because the question of whether to stay or leave is actually about your soul.

My soul, you say?

Yes. Who owns the ‘you’ that makes you you?

We are enmeshed in their parallel reality (they don’t call it the Net for nothing). They own it. They think they own us too.

As spelled out by tech insiders-turned-whistleblowers featured in the Netflix docu-drama, “The Social Dilemma”, the Big Tech Swingers manipulate your behavior and have put you in a social media bubble.

Actually, they have captured and exploited your soul.

What you do online leaves more than just digital footprints. It alters your neurochemistry and other neurological activity. It alters your concept of your Self and changes your relationship with everything in the ‘real’ world.

You have a concept, an image, of who you are. It is your identity, your sense of Self. You are unique. There will never be another you. Like no two snowflakes out of trillions are alike, and like no two galaxies out of trillions of galaxies are identical, every soul—your soul—is singular in God’s eyes.

As I’ve claimed in previous writings, to the Big Tech Swingers ‘you’ and your ‘soul’ are merely the accumulation of everything you have done online.

All the pictures, videos, messages, texts, phone calls are permanently recorded. These will endure as a digital ‘golem’ long after you have left your physical body and it has returned to dust.

Every time you go online, a ‘twin’ version of yourself—your golem—interacts with corporations, governments and an intelligence beyond the comprehension of the average individual. This is called your ‘avatar’.

In the near future, this ‘digital soul’ or golem can be ‘resurrected’ and placed in any kind of container you wish (digital synthetic being, robot, clone) and it is still ‘you’, according to the Big Tech Swingers. Long into the future, ‘you’ could be jumping containers.

Have you given this much thought? If not, I would encourage you to do so. Your real soul’s recognition of this dilemma is what is driving you to exit Facebook and other media platforms.

According to estimates, 50 billion devices are now connected to the internet. From the moment your boots hit the boards in the morning, you are surrounded by ‘smart’ devices. Some of them are watching and listening to you. You (your soul) and your flesh and blood body are now one of the devices on what the World Economic Forum calls the “Internet of Bodies”. We are “hackable animals”.

The boundary becomes blurred between reality and virtuality, the real world nurtures the virtual world and vice versa. This fact is becoming passé, but the enormous metaphysical consequences on our souls have not been digested.

If you were born before 2000, you likely are not completely embodied in this new world. You are still a bit ‘wild’, but you are well on your way to being wired. Your image, thoughts, voice, are all recorded. All of these daily bits are like cells, coagulating into an online version of you. It doesn’t have a body… just yet. You are not thinking about it just yet, but by 2023 you will start thinking about creating a cartoon version of yourself that is the embodied version of ‘you’ online.

If you were born after 2000, you have most certainly gone from wild to wired. For you, the online and offline worlds have merged. You have already created an avatar, a digitally enhanced and ascended being who is better than you at everything. You may never get out of the Net. You may not want to. The reason is because you are an addict. Facebook saw to this early on.

In the cold, 1’s and 0’s world of the Big Tech Swingers like Facebook, ’you’ are a ‘user’ (their term) who they addicted to their service. Just watch this classic clip of Facebook co-founder, Sean Parker, recalling the evil decision he and his co-conspirators made to intentionally exploit human frailty for cash. Facebook has nearly two billion active monthly “users” worldwide. That’s two billion addicts feeding Facebook.

A Wake Up Call

Everyone of these ‘users’, of all ages, shares one thing in common. According to many digital platforms (the Big Tech Swingers), you do not have control over or own your own data, digital assets or image. Or your voice for that matter. So, as you create this ‘ascended’ synthetic version of yourself, you will not own it.

This means that, in their terms, you do not own your soul.

This may sound shocking, but it should not be news.

Again, thanks to whistle blowers. In the past few years, we have become increasingly aware that through those labyrinthine user agreements you agreed to with such companies as Facebook and many other Big Tech Swingers, they track your every movement and “share” it with each other. They know what you watch, buy, browse online and where you go and what you do offline. They sell the data they collect about you to advertisers and make billions upon billions of dollars. You get nothing because you are not aware of this or you don’t care. These companies are determined to make sure this “sharing” arrangement with ‘users’ remains forever…literally.

One would think that what you put online is your property. You put these assets there. They are you, after all. But they own it? Yes. Therefore, they own ‘you’. Yes. 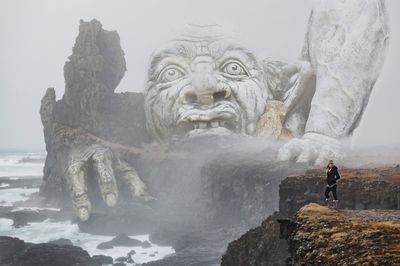 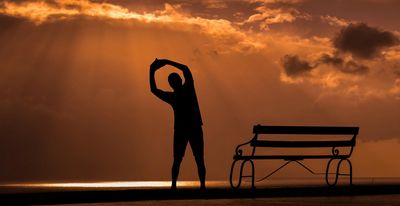