The following is an excerpt from the newly released memoir, Falling Into Grace, by one of our contributing writers, Geoffrey Visgilio. It chronicles Geoffrey’s first spiritual awakening, the psychedelic experiments that followed, and their aftermath. It is written as both a cautionary tale and a beacon of hope for all who struggle on the path.

Seeing my parents in the courtroom, with my sister and my roommate, was one of the hardest things I’d had to witness throughout all of this. My dad had his trademark bow-tie and my sister and stepmother both wore lovely dresses. My roommate even wore a blazer. Compared to the other relatives and loved ones in the chamber, they looked like something out of a Norman Rockwell painting. The word surreal again is apt for this scene.

But under it, they looked aged, especially my parents. There is a deep and horrific shame that comes with this that I may never fully live down. I had done this. I had aged them. That concerned, worried, drawn look to them was because of me. The late night phone calls from the police and the ER, the first judge signing off on a section, the visits to the mental hospital, them trying desperately to understand how this had happened — all of it had taken its toll. Even if they may have suspected something was wrong, I know none of them had any idea it would come to this. There was shock there, at the bottom of all the other emotions. Did they ever truly know who I was? Could they ever truly know who I was?

I could barely look them in the eye. I was embarrassed and ashamed and amazed I had been  so absorbed in my own drama that I had completely lost sight of how it might affect them. People who say suicides are selfish deserve a punch in the throat — that kind of talk is insensitive and unproductive. But there’s a ripple effect. Know that. Hear that: there’s a ripple effect.

You can’t see it when you’re in it — and how could you, really? You’re just trying to make the pain stop or you’re grasping hard to the only solution that makes any sense. But what do you leave behind? The task of picking up those pieces? I don’t think you ever move on from it — not all the way. It’s a unique and terrible burden for any family to absorb and it leaves too many lingering questions in its wake.

Did I do enough? What if I did this instead? How could I not see it? How did I not see this coming? Did I ever really know them at all?

As awful as it was to see that shock on their faces in the courtroom, I know that their faces at my funeral would have been so much worse. As much as I hate to admit it, I needed to see that. It finally made everything real. It finally made me look, unflinchingly, at how close I’d come to doing something I could never take back.

Whether you feel unloved or unseen or helpless or broken or just lost, you can’t make any steps to start anew if you check out. You just can’t. Who you leave behind bears the burden now and you’ve merely amplified and spread your pain out to others like a great stone thrown into a tranquil pond.

Seeing them that morning, I knew that no matter what followed, even if it was prison or another section, suicide was off the table. I was no longer at the crossroads with the holy man in my dreams, I had made a decision — I was on the path. Scouring the backchannels and hidden gullies of consciousness, I had been searching for love, and here, in this packed courtroom at the end of August, was everything I’d been looking for.

I could finally see it.

More than shock, more than hurt, more than confusion or worry — there was love on their faces. Despite how far I had fallen, despite all the shit I’d put them through, they were there for me. They didn’t care that I was misguided or weird or awkward or troubled or bipolar or any of that stuff we worry about when we worry about what other people think of us. They cared about me. Just me. And they wanted me to be safe above all things.

I was the second to last case on the docket on a day that dragged on and on. The judge read the charges to me and listened to the court evaluator about my time in Worcester State. I was remanded into the custody of my parents, free to live at home with certain restrictions pending a formal hearing in three months time. A bailiff removed my handcuffs and I was taken upstairs with my folks to fill out some paperwork. My roommate hugged me and slipped a pack of Marlboro Lights into my hand with a Fourth of July lighter with Uncle Sam and a big old American Flag on it.

“That means freedom,” he said, pointing at the lighter. “Freedom. It’s a reminder to stay out of jail again, yeah?”

I think we might have all gone to lunch. Or maybe just a walk around town so I could walk under my own power for a change? Maybe we went back to the Somerville apartment so I could pack a bag? Or we might have just gone back to my parent’s house in Rhode Island. If you asked me under oath, I honestly can’t tell you what happened after I walked out of the courthouse. I’ve tried to go back there and sit with it, but I draw a blank as soon as I step out into the sunshine.

There are snippets, like a dream you forget about until some small thing reminds you of it later in the day. I suspect it doesn’t matter much. For all that my brain has been tasked with remembering, I think for that day the broad strokes were enough.

I was headed home.

Here’s an exercise I like to do with people who are feeling isolated. Write your name and draw a circle around it. Now write the names of your immediate family with circles around them and connect your first circle to theirs with straight lines. Next add another layer around the first two with close friends. Then repeat with cousins, colleagues, acquaintances, friends-of-friends, et cetera. By the time you’re done, you should be able to see a web of connections laid out in front of you. Not only does this exercise demonstrate clearly how many people you personally affect in your daily life, but it shows you that no matter how you may feel, it is literally impossible to ever be alone.

Geoffrey Visgilio is an author, acupuncturist and teacher based in Rhode Island. Touched by an awakening experience, Geoffrey works to help others realize that while the journey towards knowing oneself is difficult, we are never alone on the path. Love accompanies our every step. To learn more about Geoffrey, visit www.geoffvisgilio.com. To purchase your copy of Falling into Grace, visit www.amazon.com. 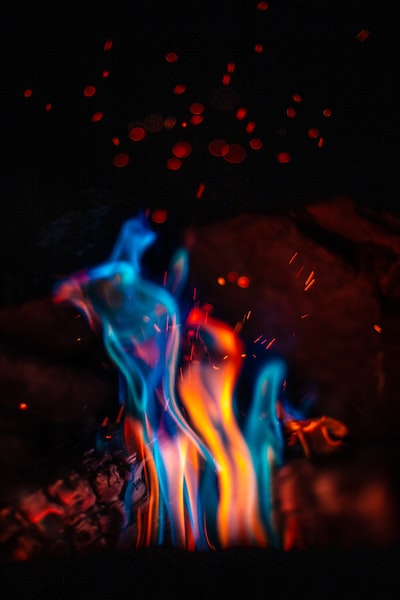 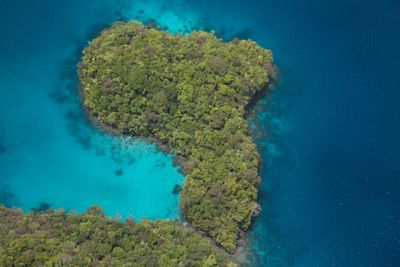