Do We Still Dare to Dream?

It was fifteen months after delivering his famous “I Have a Dream” speech on the steps of the Lincoln Memorial, and only three and a half years before his death, that Dr. Martin Luther King Jr. received a letter. The letter was typed in basic, black ribbon ink on what would have then been white paper—and the hatred and intimidation the one-page letter conveys can be felt just as plainly as its original black and white presentation. From what it contains and how it is said, the sender clearly intended to sow fear and doubt into Dr. King and his dream—in order to keep the world a very segregated, black and white place.

Many of us have heard of the subversive operations taken by our own democratic government to suppress the American civil rights movement, feminists, environmentalists, and other activist groups during the tumultuous decade of change known as the 1960’s. Even though I was aware of this chapter in history, in taking a few basic steps to research Martin Luther King Jr. online for January’s issue, I stumbled on this very real, very easy to access, and very historical piece of minimally redacted evidence of these subversive actions taking place and directly targeting Dr. King. I was taken aback by what I found.

The document, verified and widely known to have been sent by our very own FBI and referred to as the “MLK suicide letter”—makes for a chilling read (find it online here). Historians claim that it was part of the Bureau’s covert and illegal COINTELPRO operation specifically targeting “King” (which is how he is degradingly addressed in the letter). COINTELPRO, which stood for Counter Intelligence Program, was designed specifically to “surveil, discredit and disrupt American political organizations” that posed a threat to the status quo and those conspiring to maintain power and control—all conducted in a clandestine manner without approval from the people. It was called a “suicide letter” because Dr. King himself believed that driving him to do so was the sender’s original intent.

In the nearly 60 years that have passed since Dr. King’s time (however you may view the level of progress we’ve made) we can all agree that the foundation of Dr. King’s dream is no longer controversial. This simple realization immediately gave me pause. When Dr. King opened and read the menacing letter, Lyndon B. Johnson was in the White House and the 88th Congress was comprised of Democrat majorities in both the House and Senate. The civil rights movement was a popular one that gained momentum because it aligned with the hearts of the people and preached spiritual truth—the irrefutable fact that every individual is created equal. No elected officials stopped the “MLK suicide letter” from being sent. Rather, those who we were taught to believe represented us continued to allow campaigns like the one targeting Dr. King to proliferate. Full stop. This is known because COINTELPRO was discovered in 1971 by an activist group called Citizen’s Commission to Investigate the FBI. That year, the group broke into a Meade, Pennsylvania, FBI office where classified documents describing the program were taken. Four years later in 1975, the origin of the “MLK suicide letter” came to light—as a copy of it was found in the  stolen documents and linked directly to Willam C. Sullivan, deputy director of the FBI. While shocking and disturbing, all of these facts surrounding the letter can be found plain as day in a very basic online search.

Descriptions of the COINTELPRO of the 1960’s also eerily echoes grievances about ongoing covert government actions taking place in society today. The following is straight from Wikipedia:

“Many of the tactics used in COINTELPRO are alleged to have seen continued use including; discrediting targets through psychological warfare; smearing individuals and groups using forged documents and by planting false reports in the media; harassment; wrongful imprisonment; illegal violence; and assassination. According to a Senate report, the FBI’s motivation was ‘protecting national security, preventing violence and maintaining the existing social and political order.’"

The activist group that broke into the FBI later shared their findings with the news media. This is the only reason why we’re able to read about it for free and out in the open today. If Martin Luther King Jr. were alive in 2022 and his views were again labeled as “unpopular” and threatening to the status quo, tragically, it would be so much easier now to simply discredit, cancel, and/or dox him with the unchecked and unconstitutional reaches of Big Tech and a bought and biased press that censors dissent.

Therefore, would Dr. King’s dream have ever even come to light—let alone become a successful vision for a new world—had he not been fortunate enough to speak truth during a scant window of time where his message broke through before his own tragic murder?

Dr. King’s life and death live on as an eternal symbol of speaking truth to power. As revealed through a letter never meant to see the light of day, if the powers that be are not aligned with truth, they will destroy those who are.

Like Dr. King, the real leaders of the planet—and the way-showers of the New Earth—will always engage truth as the ultimate weapon against tyranny because while it may come with great sacrifice, the truth always wins.

As we look to the future, which side are you on? The side that sidelines the dreamers…or are you daring to be a dreamer, too?

Kirem Marnett holds a bachelor’s degree in journalism from Boston University, the same institution where Martin Luther King Jr. received his PhD in systematic theology in 1955.

This video and the following excerpt are from Dr. Martin Luther King Jr.’s “I Have a Dream” speech delivered from Washington, D.C.’s Lincoln Memorial in 1963.

“I say to you today, my friends, so even though we face the difficulties of today and tomorrow, I still have a dream. It is a dream deeply rooted in the American dream.

I have a dream that one day this nation will rise up and live out the true meaning of its creed: ‘We hold these truths to be self-evident: that all men are created equal.’

I have a dream that my four little children will one day live in a nation where they will not be judged by the color of their skin but by the content of their character.

I have a dream today.

I have a dream that one day, down in Alabama, with its vicious racists, with its governor having his lips dripping with the words of interposition and nullification; one day right there in Alabama, little black boys and black girls will be able to join hands with little white boys and white girls as sisters and brothers.

I have a dream today.”

newearthalmanac · Do We Still Dare to Dream? by Kirem Marnett
The link has been copied!
Newer post 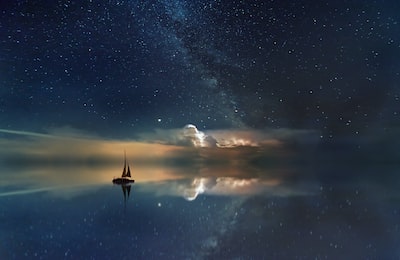 Dreaming: A Bridge To Other Realities

Tarot Reading for the Full Birch Moon of Inception 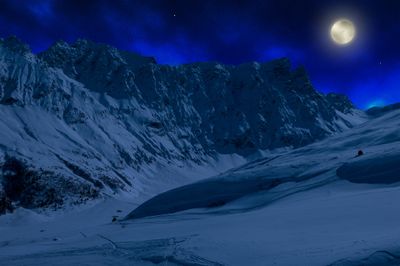